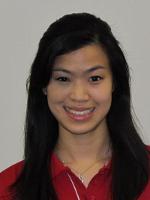 You knew it wouldn’t be easy, but you didn’t think it’d be this hard, either. It’s been weeks since you’ve collected data that you can make sense of, deadlines are approaching, and you’re beginning to wonder if you just aren’t cut out for being a researcher. But before you give up, keep in mind that the very beauty of research is its uncertainty — the work you are doing has never been done before, so don’t take it too hard on yourself if you’re not seeing immediate results.

As it turns out, most student researchers have found themselves in the same position. Nick Rolston, a former undergraduate studying physics and mathematics at the University of Iowa who has recently begun graduate school in applied physics at Stanford University, agrees with this sentiment. Rolston admitted that while he sometimes went months without success, he has come to realize that failures themselves often “serve as opportunities for profound discovery.” Ever the physicist, Rolston likens this unpredictable nature of research to Heisenberg’s uncertainty principle, a fundamental concept in quantum mechanics which asserts that pairs of physical properties of subatomic particles, such as position and momentum, can never be known simultaneously. Rolston also points out that in times of difficulty, it is often beneficial to take a step back and reevaluate the situation: “I have learned that while research may begin with a fundamental inquiry about science, oftentimes our results indicate that we were not asking the right questions in the first place.”

The idea that moving forward in research sometimes requires a new perspective is echoed by Chris Mosher, a former undergraduate studying biomedical engineering at Case Western University who has recently started graduate school in biomedical engineering at Columbia University. Mosher said that during much of his undergraduate research experience, he found himself relying on his faculty advisor and post-doctoral student mentor whenever he ran into problems. “Now, as a graduate student, I have gained the independence and research background necessary to find solutions myself. However, we all run into seemingly unanswerable questions, and this is where my fellow grad students have really helped me out,” Mosher said. “Getting advice from lab mates or even students in a different lab or department has helped me to approach my research from different perspectives.” Sometimes the difference between no results and publication-worthy work is a fresh start and an open mind.

Setbacks in research can also come in the form of making mistakes — a natural and necessary part of discovery. Stephanie Chen, an undergraduate researcher at Carnegie Mellon University who is double majoring in psychology and human-computer interaction, shared an experience in which she was discouraged by an error in data interpretation. Chen’s study involved interviewing people with diabetes who were also in a relationship; the goal was to understand the role of romantic partners in coping with illness. While analyzing the data, which included interviews of both heterosexual and homosexual couples, Chen realized that the method they were using required gender differences, rending the data from homosexual couples non-applicable for their study. While this realization caused Chen to fall behind schedule, she was able to correct for this error and still obtain meaningful results by her deadline. This experience taught Chen that in times of unexpected obstacles, researchers need to “just keep going, even though it might take more effort and time than predicted.”

Sometimes, unforeseen situations in research can also lead to surprising success. Sonal Nanda, an undergraduate researcher at Carnegie Mellon University majoring in applied physics, experienced this good fortune during a research program at Washington State University’s Institute for Shock Physics this past summer. Nanda’s research involved determining if a phase change was occurring in a material under high pressures. The way in which Nanda attempted to answer this question was by running infrared spectroscopy on a sample while it was being crushed by diamonds. However, Nanda’s spectroscopy results always seemed too noisy to even be interpreted. What she did notice, though, was that when she put her sample in the spectrometer’s vacuum chamber without the diamonds, it would change from a white color to a deep orange color. After applying pressure to this orange sample, it turned white again. “This color change shows that the material is physically changing under high pressure, meaning that I did possibly find a new phase change in an unexpected way,” said Nanda. Stories such as Nanda’s are not uncommon in research; one might even argue that the greatest discoveries in science are often made unintentionally.

Don’t be discouraged if you think your research isn’t going anywhere. Instead of shying away from its challenges and its obstacles, realize that that difficulties are inherent to research and let this realization give you confidence to tackle these difficulties head on. In the words of Rolston, “The darkness is full of lessons — from the tendrils of yellow vapors erupting out of mixtures to the flashes of semiconductors unexpectedly reacting at thousands of degrees — and I will embrace the obstacles and uncertainties as they come, one atom at a time.”