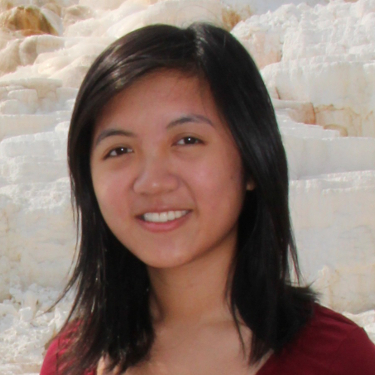 When Paul Yi started school at Princeton University, he saw the norm as staying up late to do work, waking up early to go to class, and repeating the cycle over and over again. Throughout his freshman fall, the pressure caused him to stay up and continue studying even when he was tired.

“The following day, when I would go to lecture, I would be tired, and so the material would not be as accessible, and I would not understand it as well, which meant I would have to spend more time outside of class to learn about that material on top of the work I already had,” he said.

With the start of spring semester, Paul knew he needed to make three major changes to his lifestyle.

First, he prioritized sleeping a full eight hours each night so that he would be alert and fully present the next day.

Most importantly, he realized that he could sleep even with some work unfinished. “Work never ends at Princeton, but you must have the discipline to say, ‘I’m going to go to bed now so that I can go to sleep now and start tackling the work with much more productivity tomorrow,” he explained.

In fact, because Paul was well-rested in the spring, he finished assignments much faster. During class, he understood the material better, and as a result felt more invested in what he was learning. His classes grew more enjoyable.

Second, Paul adjusted his habits regarding food and exercise. While he had skipped breakfast during the fall, he chose to fuel himself for his spring classes by hitting the dining hall every morning. Realizing that sugary foods made him feel drowsy, he instead chose high protein and high fiber foods. He set aside time to exercise two or three days a week to relieve stress.

Third, he deemed every Saturday a Sabbath. He would take a day off from work to go to the gym, meet friends for meals, read for fun, take a nap, or listen to music – all of the activities he did not have time to do on a regular basis.

Each Saturday, he would also spend time reflecting. He thought about which days he had been productive and why. In addition, he considered whether he had made the right choices over the past days, took a “sanity check,” and recharged himself for the upcoming week.

“Spring semester, I was able to spend time thinking about the big picture, seeing how it could be applied to my interests,” he said.

Aside from these three major changes, Paul found other ways to balance his lifestyle.

He learned that mixing quantitative and qualitative courses allowed him to jump to reading literature or writing a Korean essay whenever he grew tired of math or physics. Consequently, he could bounce back and forth between subjects without too much downtime.

Next, he realized that he needed to avoid working with distracting friends. With one such friend, diversions started innocently but ended badly.

“We would play HORSE with orange peels as the basketball and trash cans as the hoop. This would be in the midst of our studying, so we would be like, ‘let’s take a ten-minute break to play HORSE,’ but then it would turn into an hour,” he said.

But once Paul became more disciplined about his goals for each study session, he would put in his headphones, sit beside his friends, and work diligently.

He kept experimenting to discover which environments and groups of people allowed him to thrive. Whenever he worked poorly with someone, he instead scheduled a meal or another time with that person outside of the library, so that neither of them would feel guilty about studying together.

“Work isn’t everything, but work is also one of the most important things right now. So striking a good balance between work and rest is going to define your success here at Princeton,” he said.