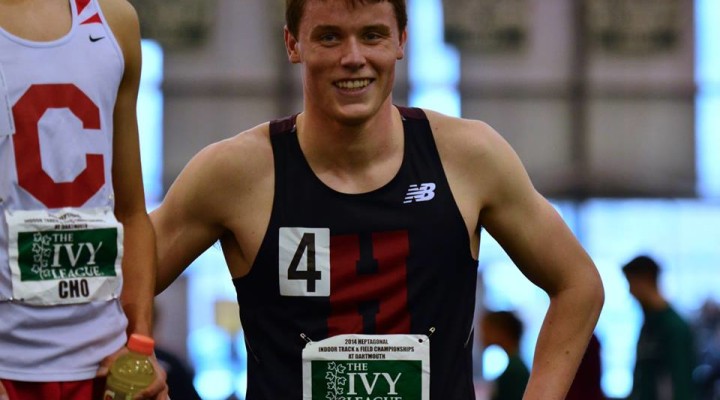 All of his friends and family know him simply as “Billy,” but for the Harvard student-athlete William Francis Looney IV, his name reflects only part of his identity on campus, as his passions for both academics and athletics bleed into everything he does. Billy is a rising senior at the college, on track to honorably graduate with a degree in History. Additionally, he is a force on Harvard’s track team, where he captains the middle distance squad and specializes in the 800m event, notorious for being one of the most difficult events in the sport. As he gears up for his last year of college and competing for Harvard, he, like many of his peers, is engaging in some very interesting individual research to foster his interests in learning outside of his normal curriculum, all the while piling up hundreds of training miles.

His work certainly does not go unnoticed, so we spoke to him to learn a little bit about his research, and how he is rapidly expanding his academic network.

When Billy was looking to find an opportunity to do research this summer, he was referred by friends to Harvard’s Summer Humanities and Arts Research Program (SHARP). SHARP is widely known as the humanities version of PRISE, BLISS, and PRIMO, all of which encompass Harvard’s Summer Research Village. He tells us that he was very “excited” when he looked through all of the potential research projects, and “even more excited” when he looked into the breadth of Harvard professors that he could potentially work with. There he found John Huth, who is a very prominent professor in the department of Physics at Harvard, who works mainly in the field of experimental particle physics. Billy learned that Huth is a particle physicist with a special interest in primitive navigation and the outdoors, so he jumped on the opportunity to work with him during the spring of his junior year.

Billy says that the next steps were “surprisingly helpful” and a “great learning experience” to find professor Huth, research his past publications, figure out what the professors primary academic interests are, and maintain a line of contact. Near the end of the semester, Billy came in to meet the professor after many emails and phone conversations. He says that this, too, was a crucial step in the process, because for them to work well together they had to at least like each other.

When Billy moved in on campus in the beginning of the summer and started working with professor Huth, he was “pleasantly surprised to find out how working with one professor led to meeting many more interesting people in the field, and all of it greatly benefited [his] own project.” He remarks about how great it is to have professor Huth as an advisor because every time they meet, Billy walks out with another beneficial direction to take with his project. Sometimes its a new source, archive, or novel, but oftentimes Billy is referred to another person. He says that this part is especially beneficial, because he gets to “meet so many people, and have a lot of people that [he] can turn to in times of need.”

Now more than ever before, Billy recognizes the importance of having a multitude of people in his academic circle. Through the guest speakers and special lunches that the SHARP Program offers, he has also met many people that he can use to expand the breadth and quality of his research. According to Billy, his work has been “greatly benefited” by meeting and talking to people in the field both in and out of academia. To name a few, he has heard from and can now work with Joseph Garber (who is prominent in the Harvard archives), Janice Sacco (director of exhibitions at the Harvard Museums of Science and Culture), and has attended lunches with prominent professors and writers like Louis Menand and Jill Lapore.

Three cheers for Billy, as he continues to do great work with his research!